What to look for when buying Sugar Alternatives.

Consumers are looking for a sensible substitute for sugar. Many of the sweeteners on offer, especially sugar substitutes with Stevia sweetener have fillers in addition to Stevia. Very often, the spoonable sweetener is offered with maltodextrin, dextrose, but also with synthetic sweeteners such as aspartame or acesulfame-K. Flavourings are also often added to mask the taste.

In addition to the sugar substitute Erythritol and Stevia, there is also Xylitol, which does not come from birch bark, as is often assumed, but is obtained from straw or corncob residues.

Stevia spoonable sweetener with erythritol, on the other hand, is a real natural sugar alternative and just as sweet as household sugar, but without the calories. 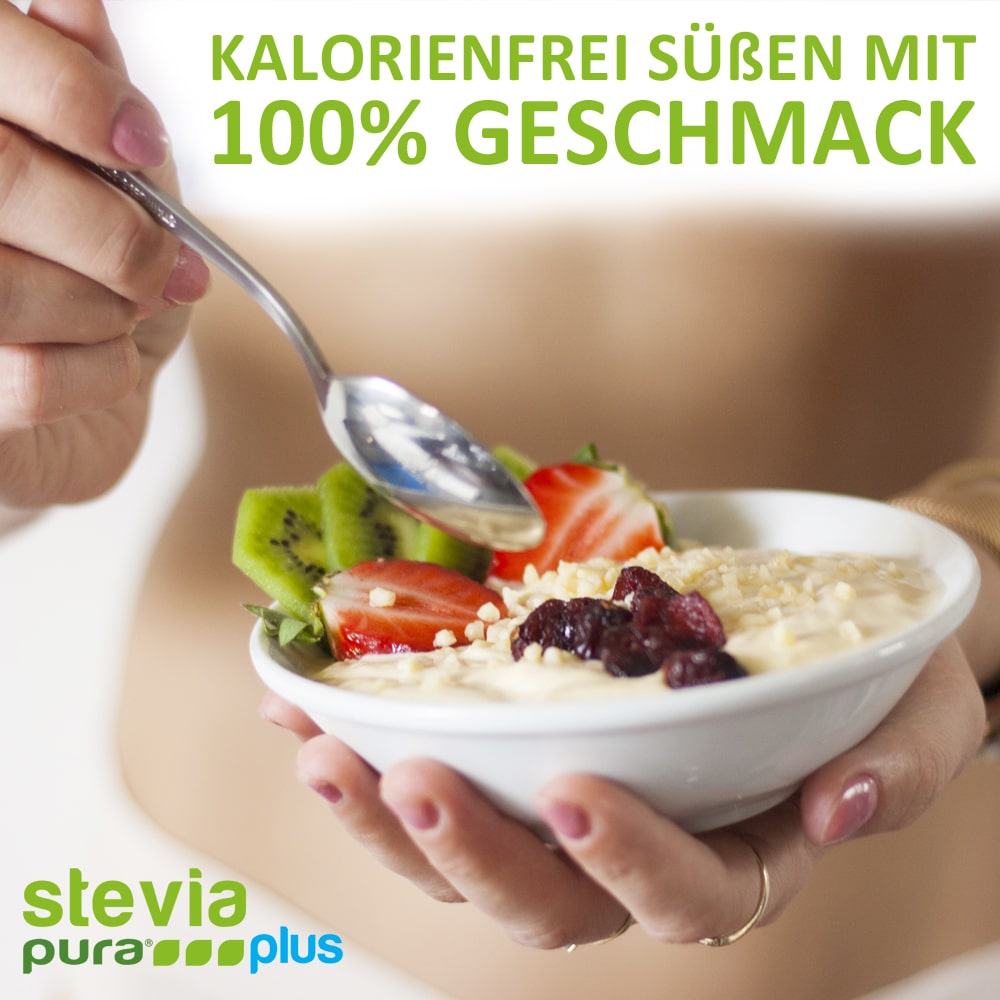 Stevia spoonable Sweetener is the perfect sugar substitute with Erythritol and without calories. 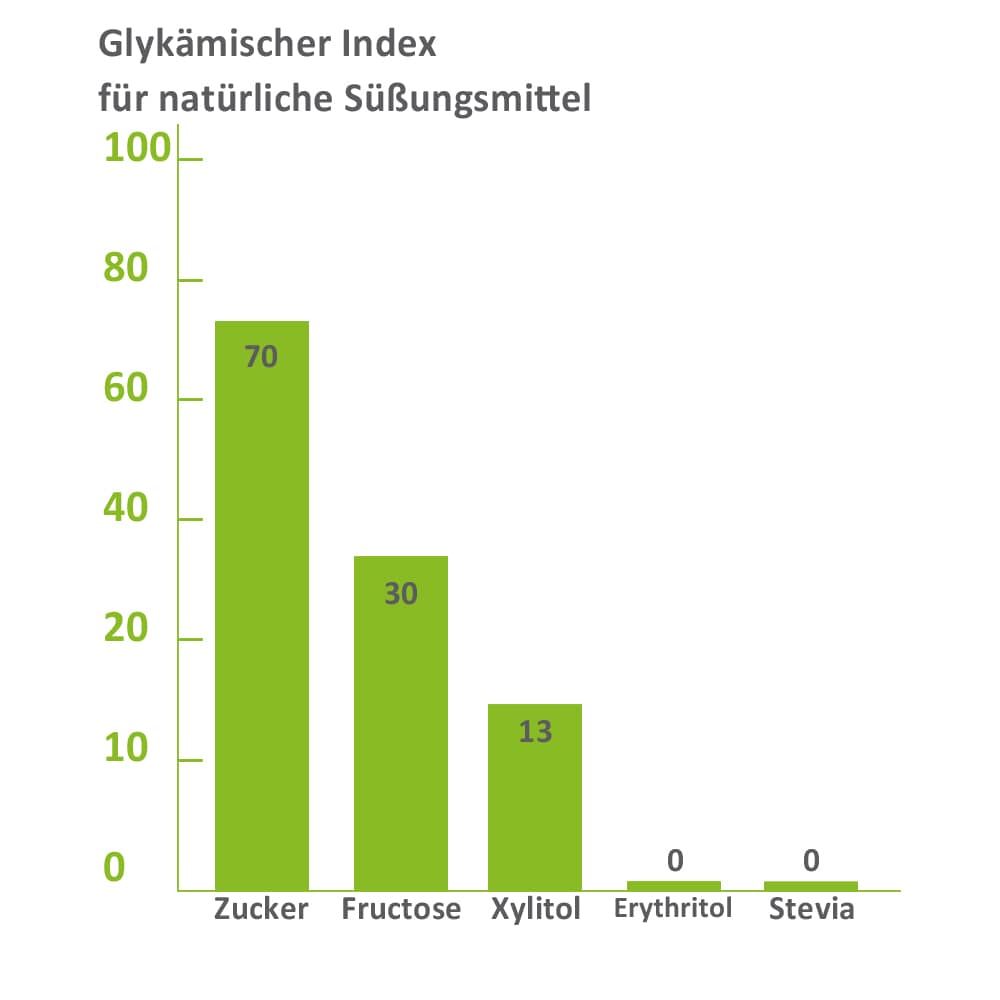 What is Erythritol and what are the advantages of this Sugar Substitute?

Erythritol is made from natural raw materials. It is a calorie-free sugar alternative, tooth-friendly and free of genetic engineering.

For all those who want to give up sugar and excess calories, it is the ideal sweetener to still be able to enjoy sweets. It is especially popular with diabetics, fitness fans and weight loss enthusiasts and is a real alternative to unhealthy household sugar.

The production of Erythritol

Erythritol occurs naturally in some fruits (e.g., pears, watermelons, grapes), mushrooms or fermented foods such as beer, rice wine, soy sauce and cheese. Erythritol is obtained from natural and renewable raw materials, highly starchy plants. As in the case of grape must, wine production and to wine, the starch is processed in large tanks to glucose syrup and fermented to Erythritol.

Without exception, we use raw materials without genetic engineering for our sweeteners.

Erythritol occurs naturally in ripe fruits such as pears, melons, grapes as well as in cheese, pistachios and wine. The extraction of Erythritol from these foods is very complex and expensive. For the food industry, erythritol is therefore obtained by fermentation.

In the ketogenic diet, carbohydrate intake is reduced so that the body begins to meet its energy needs primarily or exclusively from fat rather than glucose. This type of diet is based on the ketone bodies that give it its name, which serve as substitutes for glucose. In the low-carb or LCHF diet, the ketogenic diet is the strictest sub-form, in which only less than 20 g of carbohydrates are regularly consumed per day. 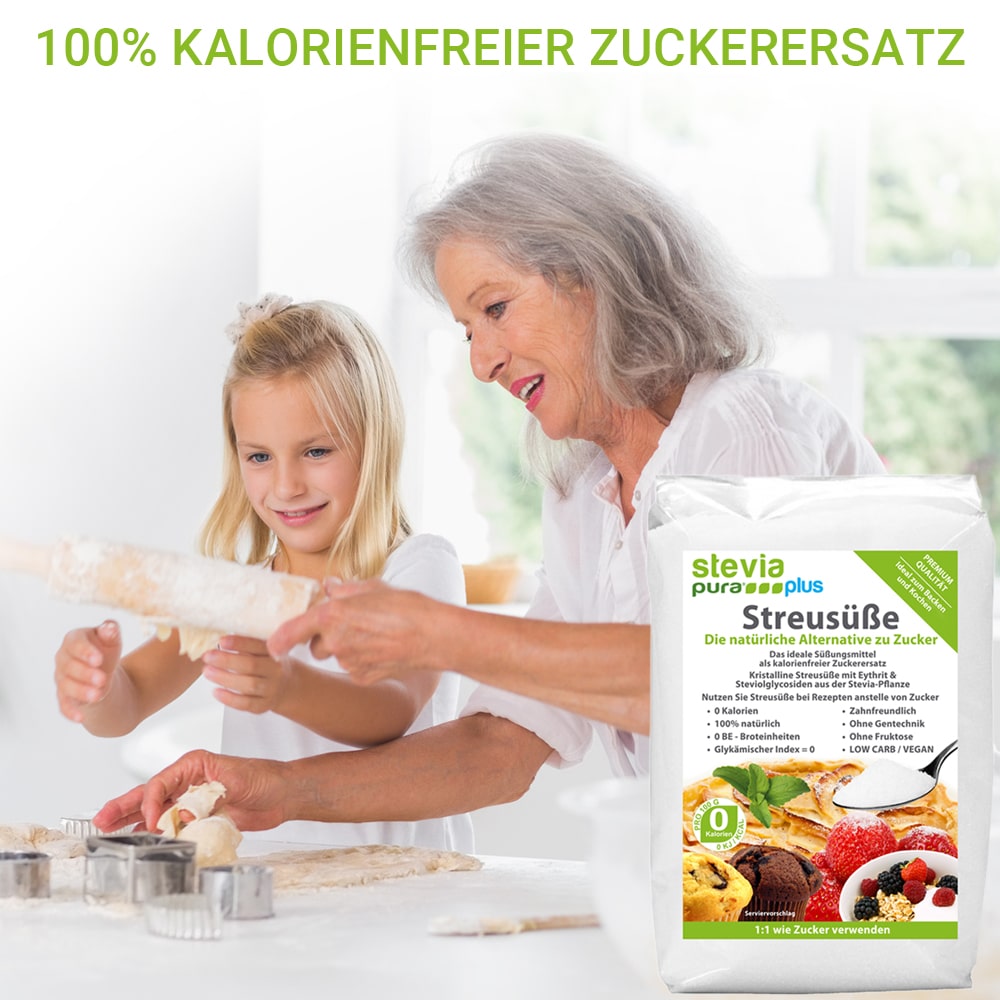 Crystalline spoonable sweetener is easy to use for baking, just like sugar. 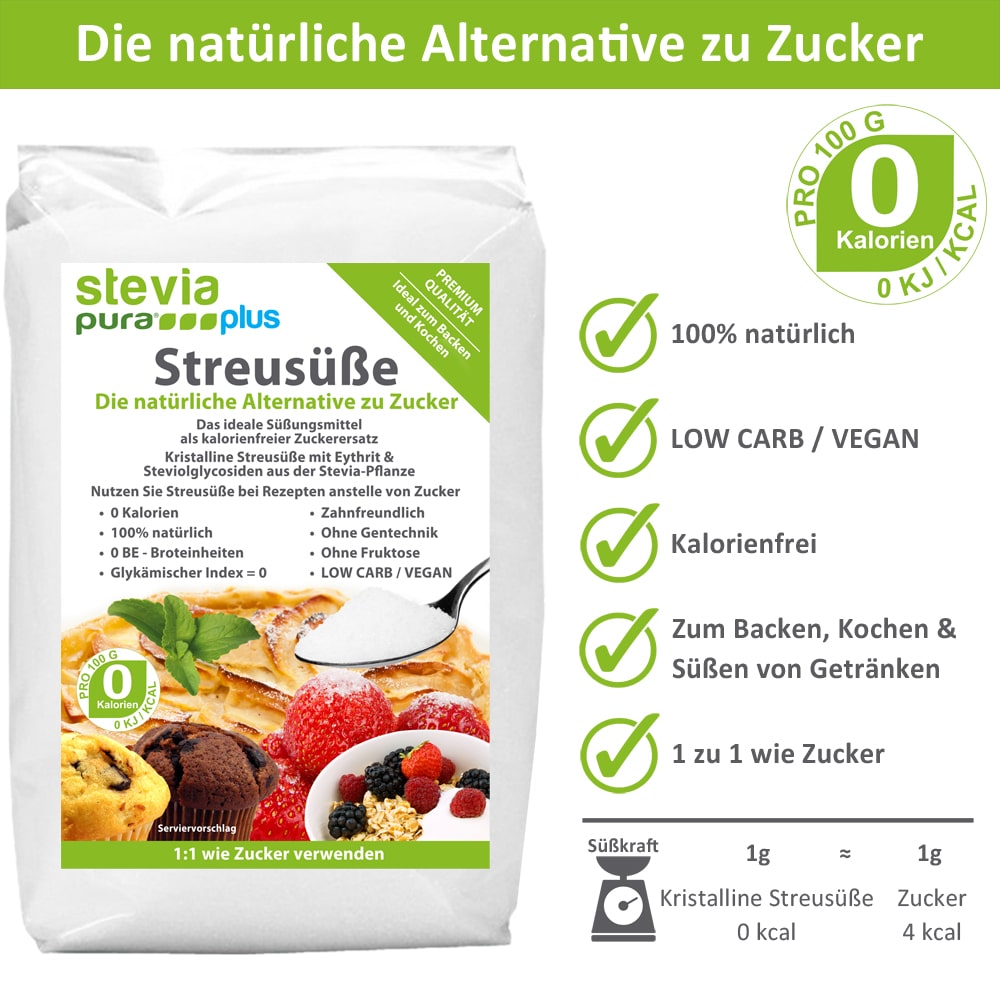 The advantages of the spoonable sweetener sugar substitute.

The advantages of the spoonable sweetener sugar substitute.

Erythritol is particularly suitable for the ketogenic diet. It can be integrated into the diet in many ways. With the spoonable sweetener, the usable carbohydrates can be reduced. Since it has about the same consistency as sugar, it is an excellent sugar substitute.

If you want to buy sugar substitutes, you should take a close look at the list of ingredients.